I’ve dusted off a story that I wrote at Christmas for Munich Found Magazine back in the late 1990s. Rather than do a simple paste up job here, I’ve polished it up a bit and added some tinsel and holly for a proper Christmas in 2011 (Ha!) – Froehe Weihnachten!  Merry Christmas!

Collected and adored around the world, the German nutcracker has been a beloved part of Christmas traditions for more than 100 years.  But cracking nuts has been a dilemma a lot longer than that.   How long you ask? Well, how about since the beginning of time!  Earlier versions, including simple stones and wooden hammers, have been used for more than 2,000 years.  The oldest known metal nutcracker, which is on display in Italy, dates back to the third or fourth century B.C.  Yet still, it is the younger, animated wooden figure of German folk culture which has influenced what we know and love today.

Originally designed as a rather simple-looking wooden gadget, the nutcracker has always had a very practical purpose:  to crack the hard shells of nuts.  The device itself, though, was considered somewhat frivolous …especially when strong hands and teeth could accomplish the same exact task…for free!  (Teeth… yes, you just read that.  Now think walnuts and teeth… yikes!)

In the early 18th century, wood craftsmen in Germany’s Thuringia and Erzgebirge regions had an idea — to create a nutcracker that looked like a toy and would appeal to children.  After whittling boughs of beech and pine, they adorned the wooden pieces with various materials, such as wool, leather or fur.  The resulting figure had a big head and a strong form, with a lever on the back to open and close the nutcracker’s mouth. When a nut was placed in the open mouth, it would look like the teeth of the nutcracker were cracking the shell — a none too subtle encouragement for people to use the nutcracker to open nuts…. instead of their own teeth.

The German word “Nussknacker” is said to have appeared in the dictionary of the legendary Brothers Grim.  It was defined as “often in the form of a misshaped little man, in whose mouth the nut, by means of a lever or screw, is cracked open”.

But the nutcracker, even with its toy-like design, still hadn’t reached its must-have celebrity status.  That didn’t come until about 1816, when German writer E.T.A. Hoffmann published his popular children’s fairy tale, The Nutcracker and the Mouse King.  Nearly 80 years after that, Russian composer Peter Tchaikovsky put a nutcracker in the title role of his ballet, “The Nutcracker Suite.” The rest, as they say, is history, because nutcrackers have played a role in our Christmas traditions ever since.

An estimated 80 percent of all the nutcrackers made in Germany seem to find their way across the Atlantic into the homes of American collectors.  Always dressed to reflect the tastes and times in which they’re created, popular designs include fairy tale characters and animals, dwarfs, the seasonal Nikolaus or Santa Claus, cowboys, indians, sport figures, models of everyday people like fishermen, dentists, mountain climbers, mushroom collectors or pottery makers… there’s even U.S. Civil War soldiers and a nutcracker dressed like Abraham Lincoln!

Over the years, there is one thing that hasn’t changed: nutcrackers have never lost their mean grins and gruff-looking faces…or their lesser-known secondary role as a popular means of social criticism. The most traditional and still popular figures of kings, soldiers, knights, foresters, gendarmes -and even Napolean Bonaparte- first appeared in the 19th century. These designs were originally a reflection of hidden resentment, representing the ultimate revenge of the wooden toy makers, and the poorer class. In every day life the common people had to work for and answer to these privileged rulers. But once they got home, they could switch roles and make the nobility and military work for them…by making them perform a menial, tooth-breaking task — cracking nuts. 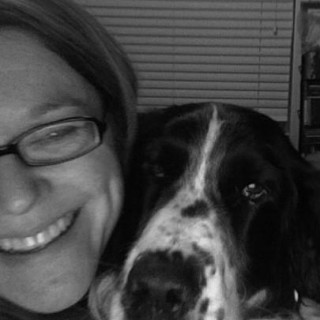